Sign Up Now! GovCon Wire provides you with Daily Updates and News Briefings
*By clicking “Join us now” you agree to receive email, promotions and general messages from GovCon Wire, In addition, you also agree to GovCon Wire Privacy Policy and Terms & Conditions.
Executive Mosaic is pleased to announce John Mengucci, president and CEO of CACI International, as a 2022 Wash100 Award recipient for steering the company’s strategy to achieve its fiscal year 2021 financial commitments, a record backlog and additional acquisitions.
This marks the third consecutive Wash100 win for Mengucci. Visit Wash100.com to cast a vote for him as your favorite leader with staying power and influence in the government contracting sector.
In May 2021, CACI relocated its headquarters to Reston, Virginia, from the former corporate office in Arlington. The move took place just four months after Jack London, who was highly regarded as the face of CACI and a stalwart of the federal contracting industry, passed away.
“He was a true pioneer in the federal contracting industry, drawing from his military service to set the standard for leading with ethics and integrity. He set the bar high for business leaders across our industry, developing a successful business that continuously excelled and stayed strong through more than 50 years of changes in the federal landscape,” Mengucci said of the late Jack London’s career.
CACI, which runs its fiscal calendar on a July-to-June basis, reported fiscal 2021 fourth quarter sales were up 5 percent from the prior year period to $1.6 billion and full-year sales grew 6 percent to just over $6 billion.
Total backlog as of June 30, 2021, was a record $24.2 billion to post a 12 percent increase from the figures stated the same time in 2020 and contract awards hit $9.2 billion, with more than 40 percent accounting for new business to the company.
“We grew revenue faster than our addressable market, expanded margins and generated robust cash flow,” Mengucci told shareholders in the company’s annual report, adding that its financial performance supported capital deployment initiatives and created value for shareholders.
Some of the company’s prime bookings in the first half of 2021 include a $376 million task order in to update a web-based supply chain management system for the Department of Agriculture, a separate $376 million contract from the National Geospatial-Intelligence Agency to incorporate artificial intelligence technology into NGA’s data production framework and another $447 million award to support signals intelligence and cyber defense work at the National Security Agency.
In July, the Defense Threat Reduction Agency awarded CACI a $1.4 billion task order to support counter-weapons of destruction and network security programs. The company will also help the U.S. Air Force build and implement an automated test system under a $496 million contract.
Another notable award for the company was a $785 million task order in November to develop information and electronic warfare platforms for the U.S. Army Special Operations Command.
For CACI’s M&A activity, Mengucci overviewed two deals, valued at $120 million combined, in the mission technology area during its fiscal 2022 first quarter earnings call in October. He said at the time one of the acquired businesses is called Bluestone Analytics and focused on open source intelligence in the dark web while the second business specializes in the space domain.
The company first announced its agreement to acquire SA Photonics for $275 million in November and closed the transaction in mid-December to expand its free-space optical communications technology and expertise.
“Together, our combined transformative technology and advanced manufacturing enables us to deliver innovation in laser communications for customers ranging from national security to human spaceflight and across all domains,” Mengucci said of the latest deal’s closure.
He cited space as a growth area for the Reston-based government services contractor in an interview with ExecutiveBiz and discussed the company’s push to incorporate artificial technology and other advanced platforms into its mission technology offerings.
“The more that we can bring modern technologies like AI, advanced analytics, automation in the cloud, then our solutions can achieve actionable results by putting the customer in the loop to really understand what they have to get from that information and handle what their mission needs are more adeptly.”
Executive Mosaic congratulates John Mengucci and the rest of the CACI organization for their Wash100 recognition. Don’t forget to cast your vote for him by April 30 on Wash100.com.
Sign Up Now! GovCon Wire provides you with Daily Updates and News Briefings about Wash100
The premier source of breaking business news for the government contracting industry, GovCon Wire provides informative, to-the-point stories of the most significant contract awards, top-level executive moves, M&A activities and financial results of the sector’s most notable players.
GovCon Wire is always on top of the most recent contracting sector activity and is updated in real time as the news breaks.
Important URLs:
About usGovernment Contracting FAQGuest Contributions2022 Events 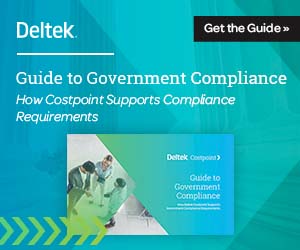 Apply by Friday for a Canada Post Community Foundation grant –...

Shop at more than 200 stores from boutiques to bargains

Technology entrepreneurship: Where the US and Ukraine can help one another...